Login
Register
Contact Us
About Us
Education
WHISKY DISCOVERED UNDER ICE
Shackleton Blended Malt Scotch is based on the spirit supplied to the 1907 British Antarctic Expedition, expertly crafted using a selection of the finest Highland Single Malt Scotch Whiskies.

In 2007, a century after the expedition, three cases of the perfectly preserved whisky were discovered, frozen into the ice beneath Shackletons base camp at Cape Royds.

The whisky was excavated and flown to New Zealand where it was carefully thawed by the New Zealand Antarctic Heritage Trust.

A TASTE CRAFTED FOR ADVENTURES

"I WANTED TOCAPTURE THE ESSENCE OF SIR ERNEST SHACKLETON WITHIN THIS WHISKY." 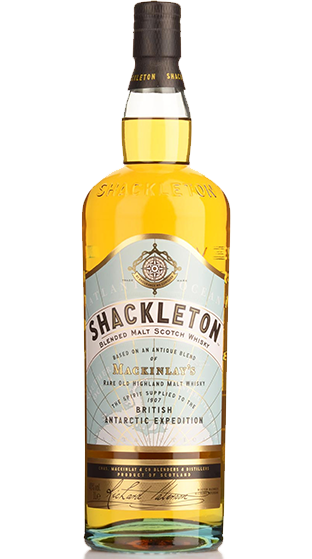 Method
Combine all the ingredients except the cola and add to a highball filled with ice. Top with splash of cola and garnish with a lemon wedge.