Uniqueness, legacy, taste: in no other city in the world are these concepts as valuable as in Venice.

And it is no coincidence that the story of Select Aperitivo began right here, in the district of Castello, the historical heart of this intriguing city.

The year was 1920 and Venice was in deep turmoil following World War I. The young Pilla brothers, with their distillery and expertise in the art of making liquors, seized this unique moment and used it to their advantage.

Venice was at a turning point: people were just beginning to venture out again and rediscover life's pleasures. The act of enjoying an aperitif with friends spread throughout the city and Select Aperitivo assumed the starring role in this new cocktail scene.

Almost a century has passed, but today, Select Aperitivo is still known as the true icon of the Venetian aperitif: a unique bitter that is served at the iconic bars in the Lagoon and by bartenders around the world, eager to offer something unique and special. 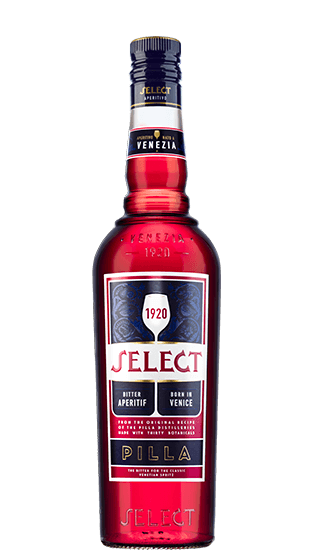