Maraschino Buton comes from the famous G.Buton & C. Distillery, founded in Italy in 1820 by Jean Buton, heir to a family that was among the official suppliers of Napoleon I.

The Buton liqueurs were an instant success, crossing national boundaries and becoming ever more numerous.

Indeed, in the twentieth century, the distillery catalogue offered 45 different types of liqueurs. Of these, Maraschino Buton stands out. Over the years, it garnered such success that in 1900 it won the “Grand Prix” medal at the prestigious Universal Exhibition in Paris. 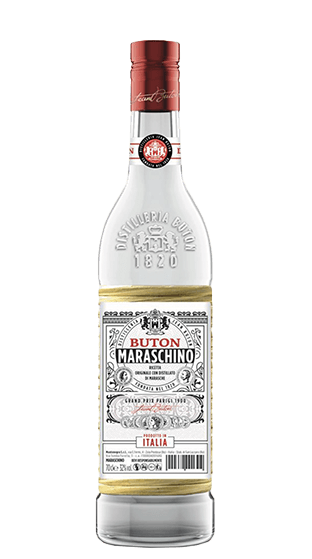