Absinthe is one of history’s most notorious liqueurs - sipped by artists and writers, namely Oscar Wilde, Monet, Picasso, and Van Gogh, for creative inspiration. Established in 1999, Hapsburg Absinthe was one of the few pioneering brands to appear when the first resurgence of Absinthe took place since it had been banned in Switzerland in 1905. Over the past 15 years Hapsburg has offered much more than just a tasty drink; a true lifestyle experience. Hapsburg's brand ideology has always been to create a drink that is unique, contemporary and delicious. Today, Hapsburg represents the new diverse generation of Absinthe drinkers; from the young dynamic student to the more seasoned and edgy drinker. 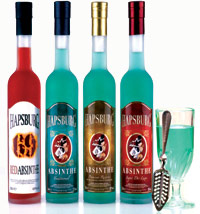 Absinthe is an aromatic, dry and highly alcoholic herbal spirit. It contains anis (Liquorice flavour) and the notorious wormwood plant (Artemisa) as well as optional various other aromatic components, such as peppermint, cloves, cinnamon, (the juice of spinach, nettles and parsley are also sometimes used.) Historically it was widely regarded as a 'very dangerous drink' and is still banned in many countries! Turn-of-the-century Absinthe was fiercely potent stuff. The constituent herbs are macerated for about 8-10 days in alcohol and then distilled, the result being an emerald coloured spirit. 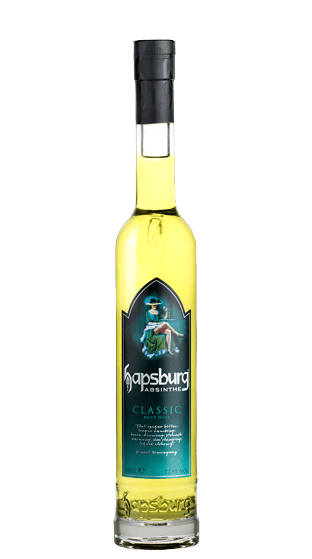 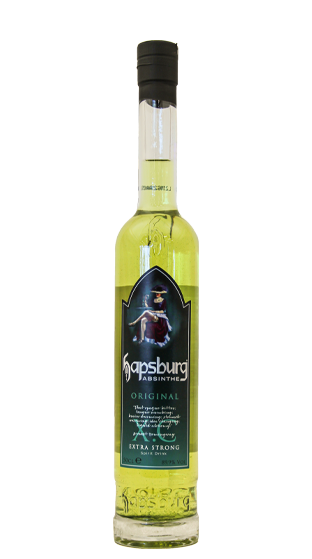