Rutte has been distilling genevers, gins and liqueurs since 1872 and today the firm’s motto still remains the same: "distilled with passion". They use no artificial flavorings or colorings; all of the flavor and color comes from fresh fruit, herbs and nuts, which is obvious from the products’ sublime flavors and aromas! The historical building in the center of Dordrecht has been preserved in its original state. The distillation process is still carried out there and smaller, more specialized orders are still bottled by hand. The family’s former living room on the first floor has been converted into a gorgeous tasting room. Now the smallest distillery in the Netherlands is presenting new distillates to the global market. With Rutte Celery Gin, Rutte Old Simon Genever, Rutte Dry Gin, this traditional company is offering bartenders worldwide not only a source of inspiration for new drink creations but also a rich history. 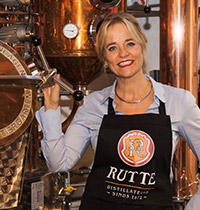 Gin & Genever Genever can be called the forefather of gin. The latter was in fact originally created as an imitation of the highly popular Dutch Genever. In those days it went by the name "Dutch Courage" because the soldiers were quite fond of it during the 30 Year War. Despite the relationship, there is a significant principal difference between gin and genever: the basis. While gin is based on a comparable neutral grain spirit, a blend of malt wine and neutral grain spirit is used for making genever. It is the malt wine that provides the distinct grainy aroma to the genever. The most obvious similarity of both distillates is the juniper berry. 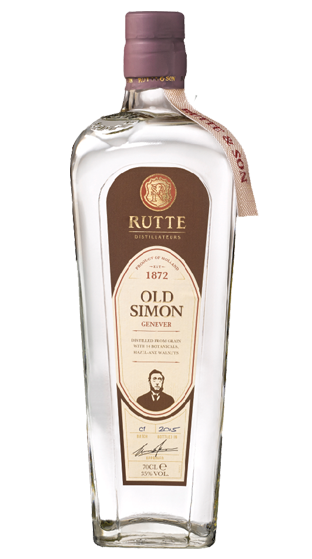 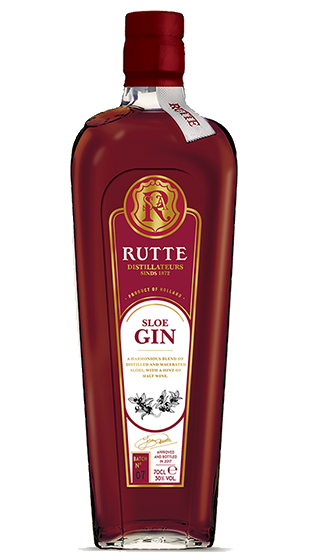