Early Times came into being in 1860, at Early Times Station, Kentucky. Kentucky water is perfect for making whisky because it is naturally filtered through limestone springs which make it rich in minerals that add flavour and help with fermentation. Early Times began to prosper in 1920 when Prohibition began and Early Times was designated a 'medicinal whiskey', making it exempt from the law. The Brown- Forman Company acquired Early Times in 1923 and over the next 30 years made Early Times the best-selling whisky in the country. Today its smoothness is savored in over 40 countries. 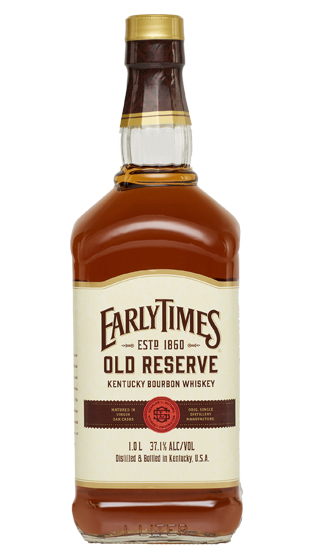